You may have read on the official Nicalis Twitter that Crystal Crisis was recently submitted to Nintendo for approval. With that said… the Crystal Crisis dev team has made the decision to add one additional month of polish/development time and release the game on May 28, 2019 for Nintendo Switch and PlayStation 4.

We’re staying true to the initial vision for Crystal Crisis, which is to deliver the best puzzle combat experience possible. This extra month will benefit the game and all of you fans who have been eagerly awaiting the release… and reminding us how much you want to play! :)

The additional time allows us to add a 20th playable character and a new gallery mode, while further balancing the game and optimizing the online experience. But wait, there’s more! The North American and European versions of Crystal Crisis will now feature narration by voice actor Peter Cullen, a name that may already be known to many of you. But in case it’s not, you might recognize his familiar voice in the clip above.

Also announced, we’re including a special transforming Crystal Cluster (see below) and a instruction booklet as bonus items with all pre-ordered copies of the physical version for Nintendo Switch. And look forward to a new announcement coming soon regarding a pre-order discount on the digital versions for Switch and PS4!

Thank you very much for your continued support—it’s helped a lot during development—and please look forward to more Crystal Crisis news and updates in the months ahead! 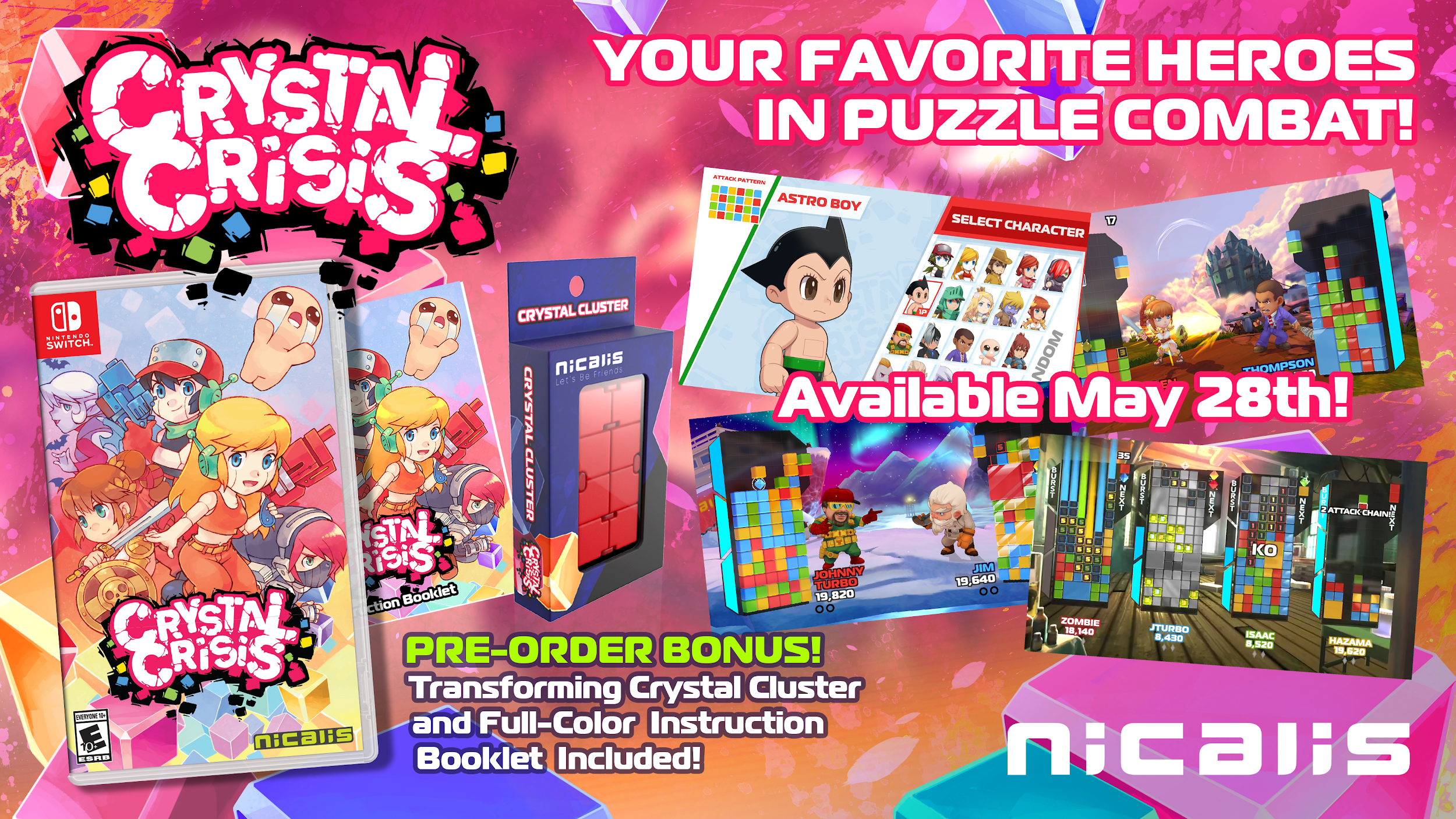