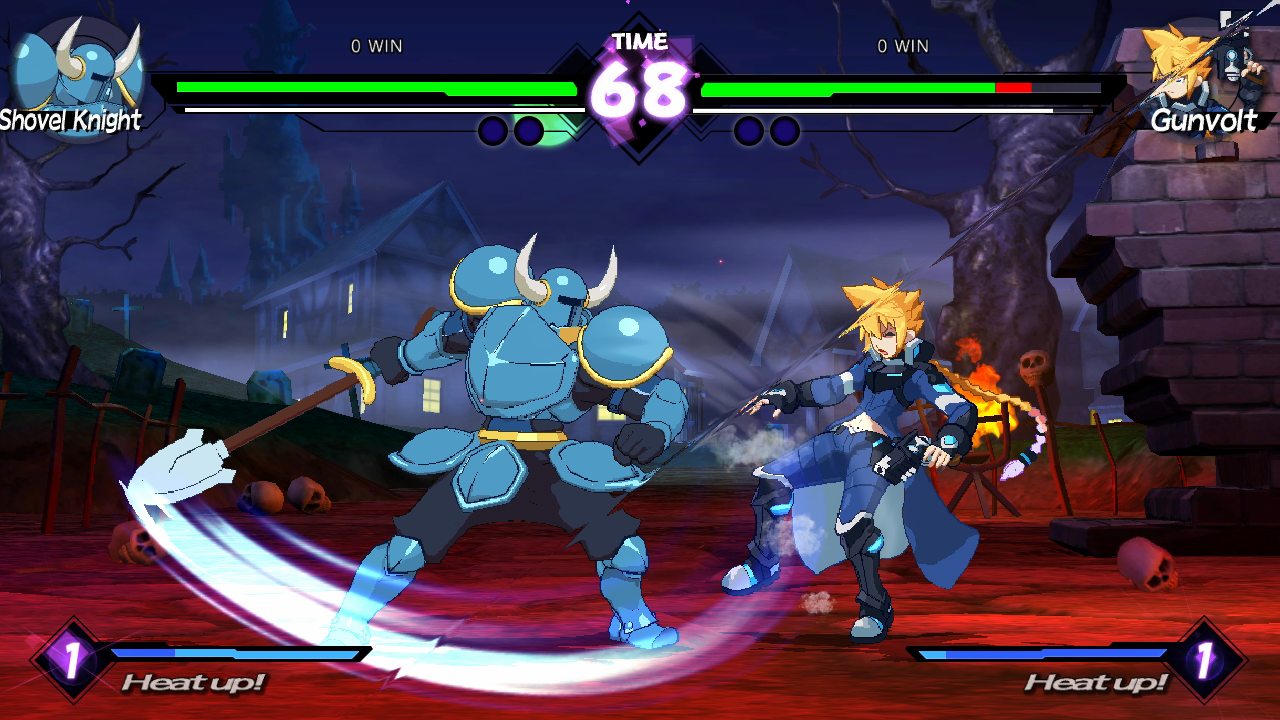 Featuring a fan-favorite cast, astonishing visuals, an arsenal of explosive yet simple-to-execute special moves and a whole lot more, Blade Strangers is poised to take the fighting game world by storm when it hits Nintendo Switch, PlayStation 4 and Steam this summer. But while the game may be a newcomer to the world of competitive 2D one-on-one action, its developer, Studio Saizensen, is no (ahem) stranger to the genre.

Though it was never released on consoles outside of Japan, the team previously created Blade Arcus, a weapon-based fighting game featuring characters from SEGA’s renowned Shining series. 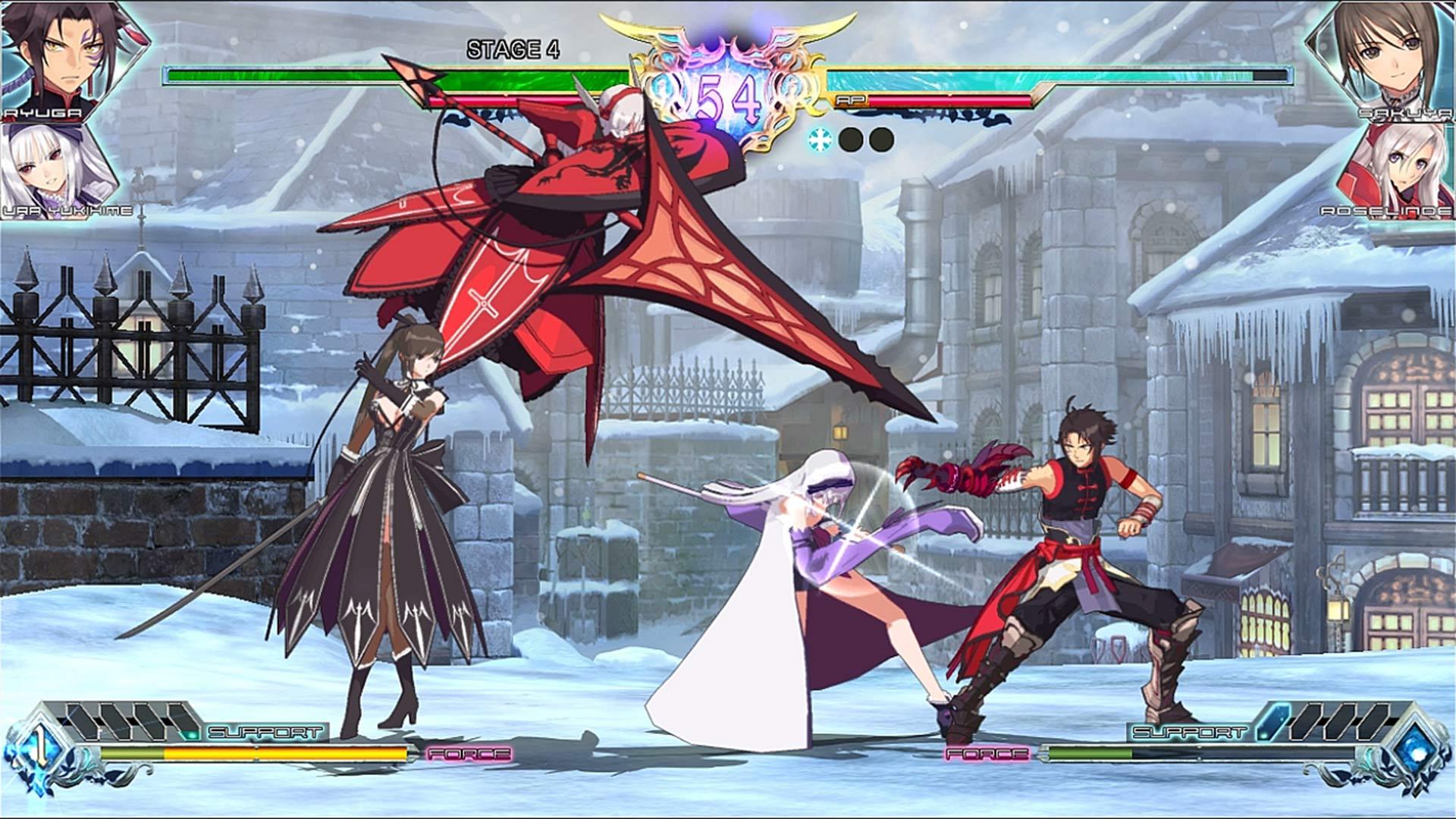 It was long before that, however, that Mr. Kondo and his colleagues had cultivated a strong appreciation and understanding of the fighting game genre. 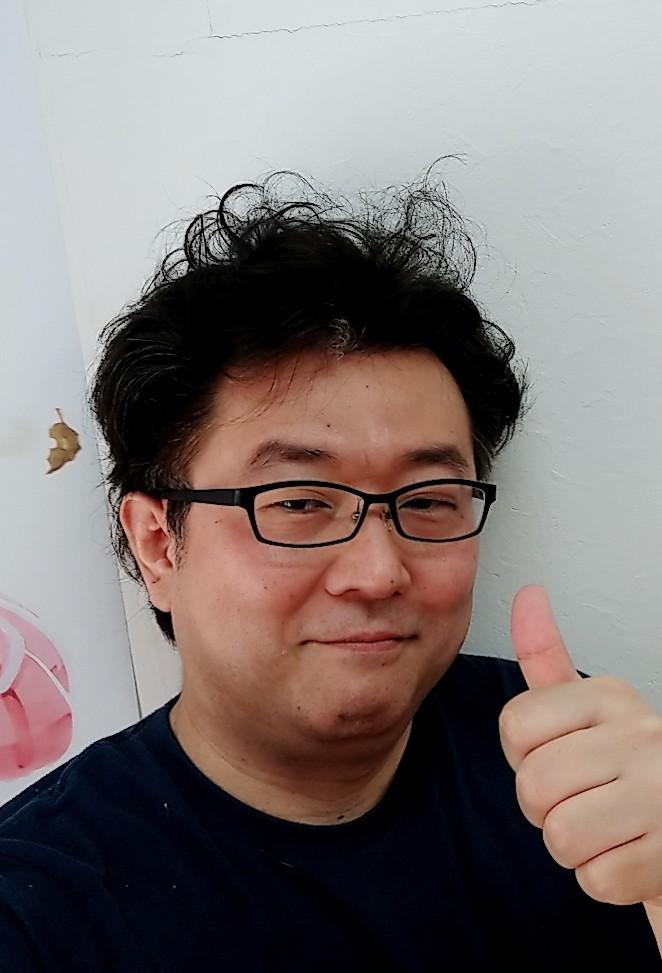 “I remember saving my money so I could purchase a Street Fighter II arcade system board,” recalls Kondo. “I have great memories of the all-nighter versus tournaments that I used to run every weekend at my home! Also, winning third place in the official World Heroes Tournament, and going all the way up to Rank 20 in Street Fighter IV in the Asia region as Ken; those are both fond memories, too.”

Those classic fighting-game experiences, combined with the knowledge gained from creating Blade Arcus, opened the window of opportunity for Blade Strangers. However, the team didn’t want to just create another fighting game; they wanted to make a game that had all the depth and thrills of the best in the genre, yet was accessible to beginners as well as veterans. 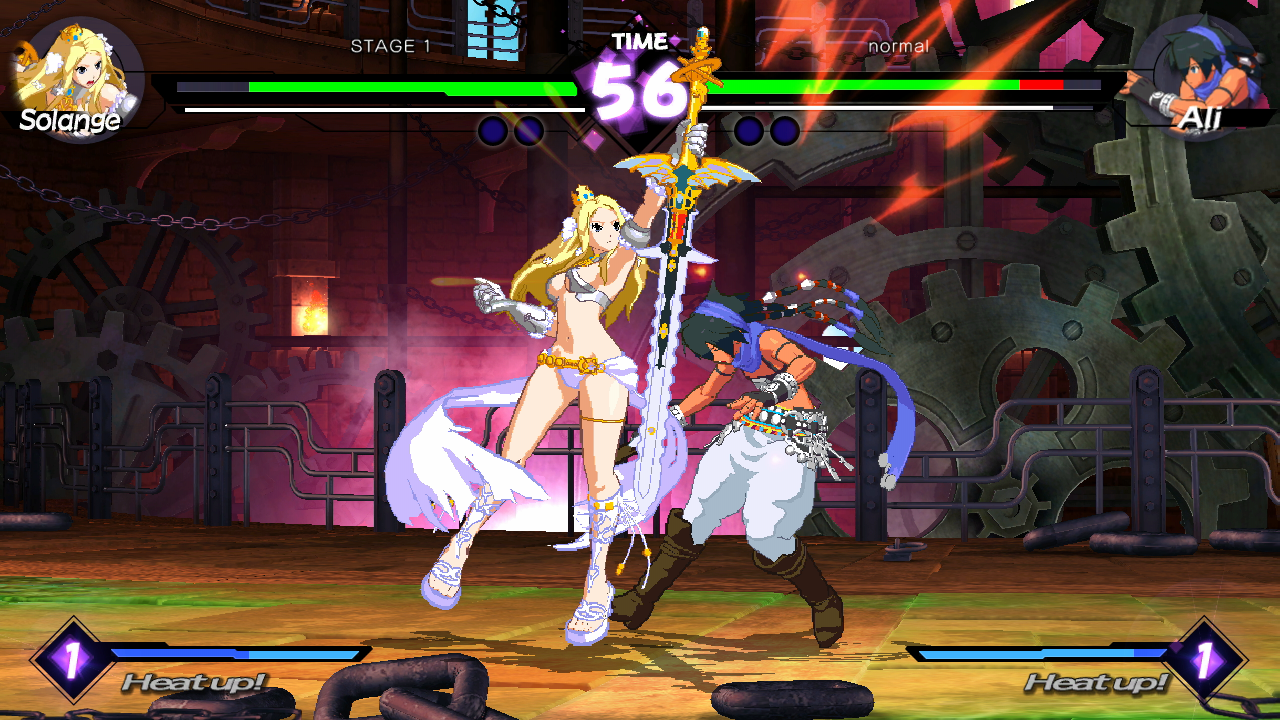 “We were surprised by the user feedback [on Blade Arcus] and how many players felt that the controls were too complicated and that the game was too difficult to play,” Kondo admits. “That’s when we decided to set a new goal: to create a fighting game that is still a fighting game to the core, despite the controls being simpler. We decided that we would be the ones to finally make that dream a reality. This is how the idea for Blade Strangers originated.”

The result is a game that doesn’t feature complex special-move controls or require significant button memorization to pull off flashy attacks. Instead, Blade Strangers relies on a “skill” button used in conjunction with directional inputs from the joystick or D-pad to deliver each fighter’s signature maneuvers. 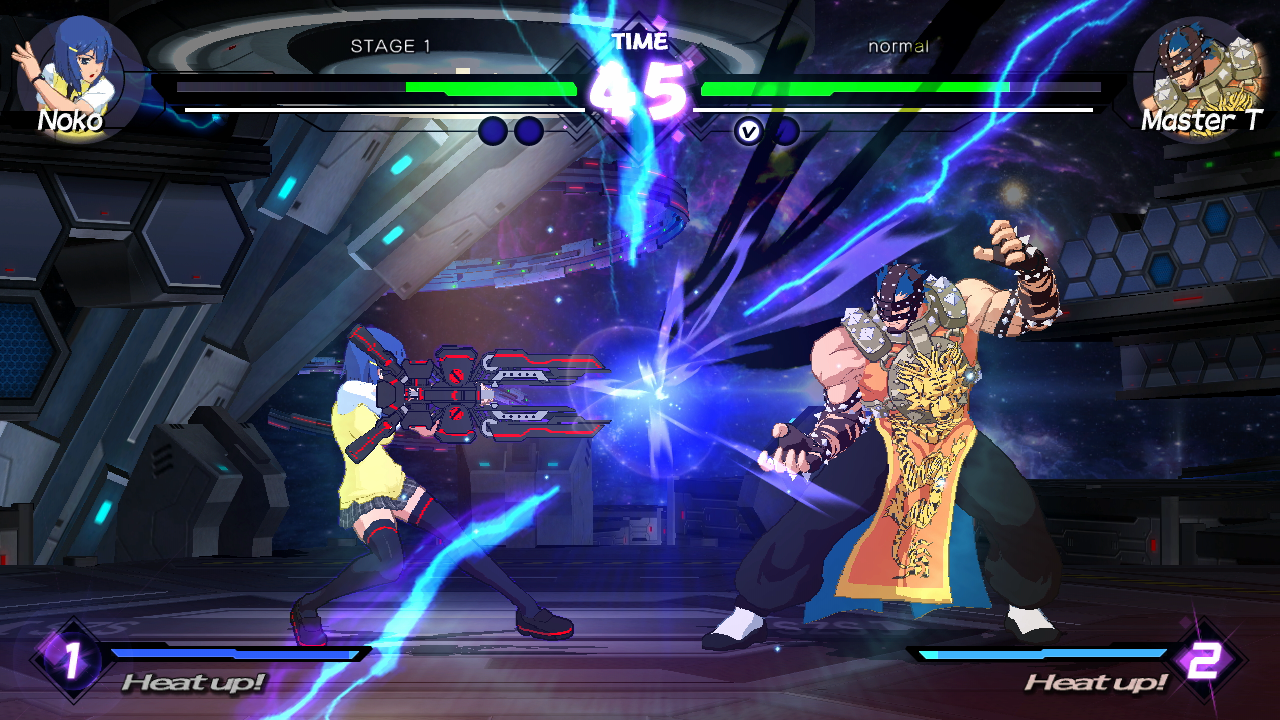 “We wanted everyone to be able to experience the fun of fighting games,” affirms Kondo, “and we were confident that we could appeal to both newcomers and hardcore fighting game fans alike. We also felt that by simplifying the controls, we could expand the ranks of fighting game players and help the genre to grow.”

With special move and combo memorization no longer a concern, Blade Strangers allows players to focus on other core fundamentals, such as when and where to use each attack and how to balance those offensive skills with important defensive moves. 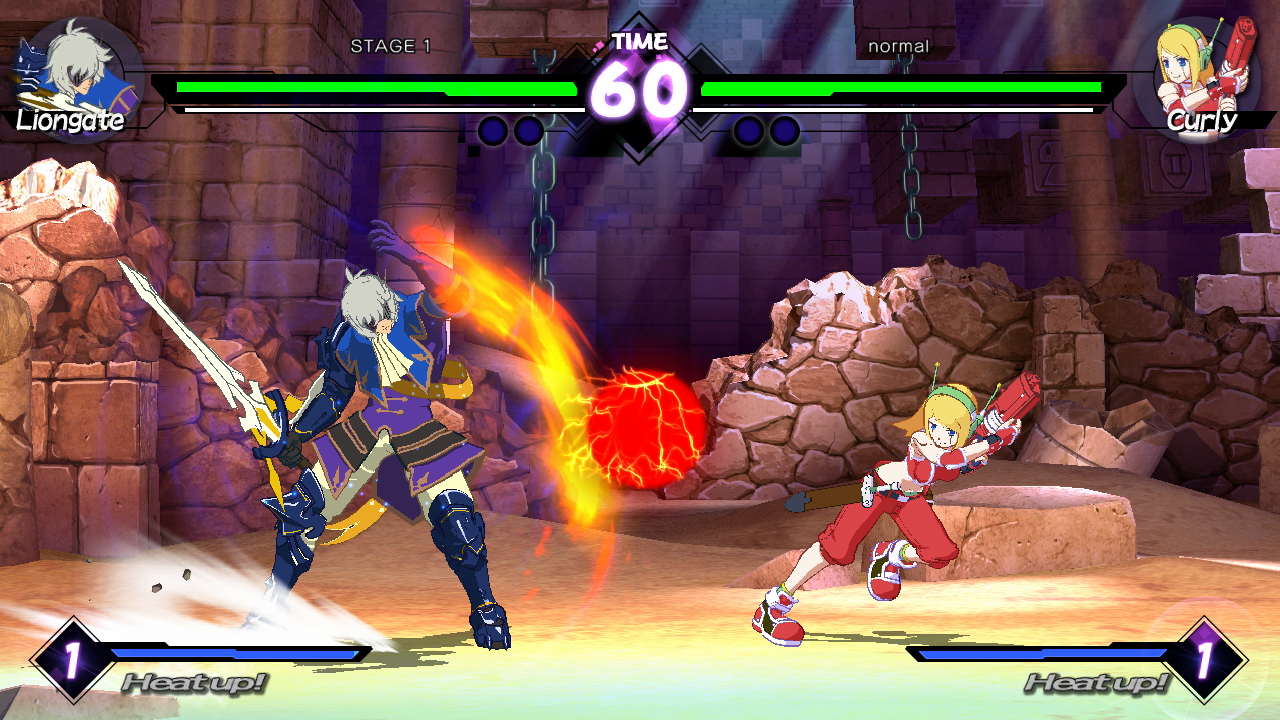 “The feeling you get when you take control of the characters you love is pure exhilaration,” Kondo asserts. “And it’s not just about technique. Strategy and mind games are also essential factors in every match. I’ve always felt that when you play a fighting game, you gradually become stronger as you learn the subtleties of the game and face different opponents. It’s kind of like how your character’s abilities get leveled-up in a video game, except it’s your own body and mind leveling-up in the real world!”

Of course, beyond accessible controls, another key element of Blade Strangers’ appeal is its cast of recognizable characters. The roster includes not only heroes from Studio Saizensen-developed titles like Code of Princess EX and Umihara Kawase, but also Nicalis releases such as Cave Story+ and The Binding of Isaac, as well as from indie sensations Shovel Knight and Azure Striker Gunvolt. 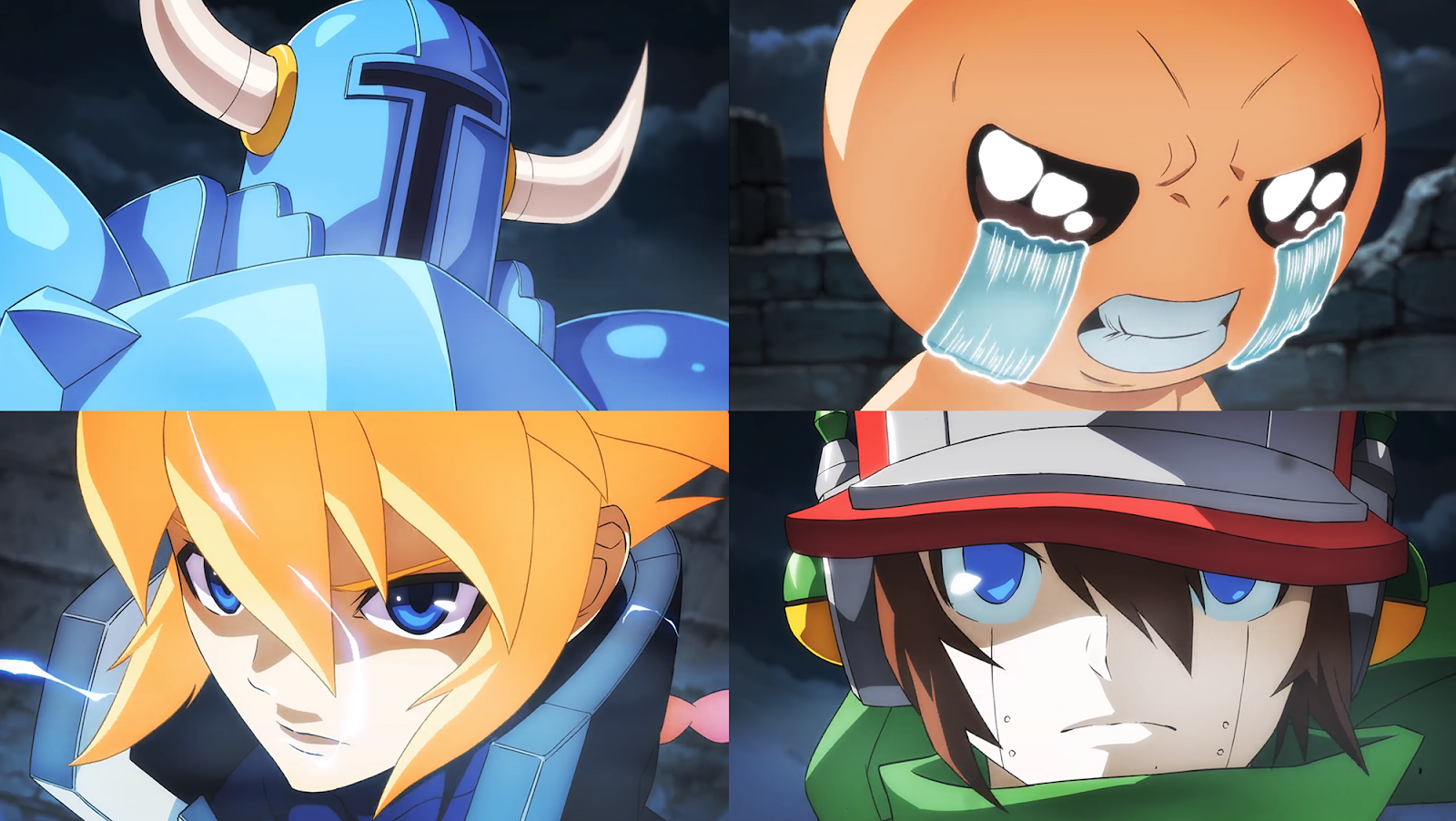 “I believe that one of the most enjoyable aspects of fighting games is being able to take control of a character that you like and maneuver them however you want,” declares Kondo, “so we thought it would be natural to select characters that many people already know and love, to let those fans take control of their favorite characters and compete in a fighting game setting.”

Whether that favorite is a fishing-hook-equipped schoolgirl, a masked martial artist, a weeping child or any of the other diverse heroes, you’re guaranteed a fighter with a powerful array of attacks that are simple to learn, but challenging to master. Blade Strangers is made by fighting game fans for fighting game fans, and you’re sure to feel the passion that Studio Saizensen put into the title when it arrives in the coming months. 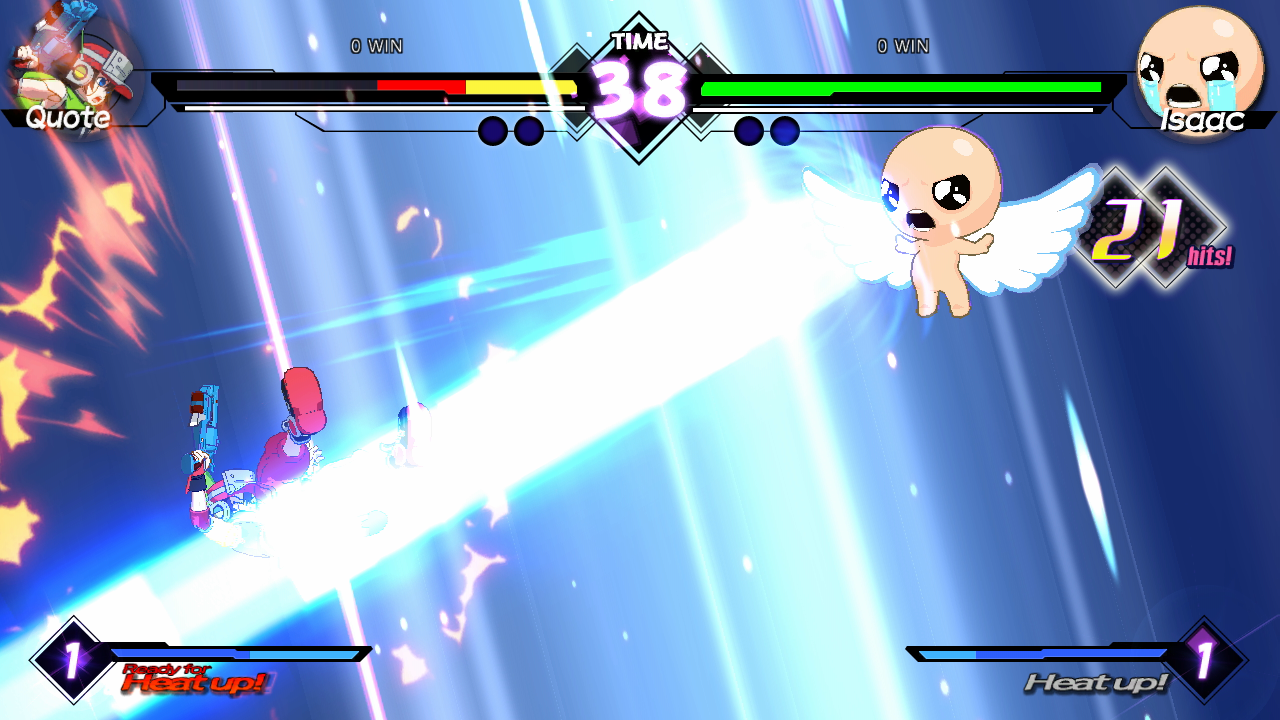 “It’s a fun game to play, even for us developers,” proclaims Kondo, “so we really hope everyone enjoys it too!”

Blade Strangers will release digitally this summer on Nintendo Switch, PlayStation 4 and Steam. The physical version for Nintendo Switch is available now for pre-order at retailers such as Amazon, Best Buy and GameStop.